You Give Me Butterflies

Simon Max Bannister’s sculpture is often speared by the ecological crisis, with a knowledge that species and habitats are threatened by man’s insatiable fire. It is mostly in his work process where the poetry reveals itself. From splinters of invasive timber, he constructs indigenous birds, nests and wings. These wooden creations become the kindling for a unique lost cast technique, where the incineration of shape becomes the mould for the final sculpture. These negative spaces are cast with bronze, thereby immortalising the species that have become so significant to him. They are naturalistic yet lean toward abstraction as the figures hover between dissolution and form.

Simon is a self-taught visual artist. He lived, studied and worked in Johannesburg, South Africa until 24. After working with his degree in Graphic Design with GRID for 3 years, he went back to his wilder roots in the bushveld at Londolozi. There, he discovered the sculptural calling of land art and went on the road to create his language, eventually finding a base in Cape Town. He then investigated the complexity of plastic pollution as a creative medium and accompanied a research vessel across the South Atlantic. Once back, he realised exhibitions at the National Arts Festival, CT Aquarium, Durban COP17 and in Johannesburg based on plastic marine debris. He Delivered a talk for TEDx on plastic called the Synthetic Sea. He then participated numerous times at the Afrika Burn festival and was based in Simonstown at the original Bronze Age studio for 2 years before initiating an artist residency at Twee Jonge Gezellen Wine Estate in Tulbagh. After winning the Wildlife Artist of the year award in London and becoming an art Ambassador for the David Shepherd Wildlife Foundation, he has continued to sculpt in wood, steel and bronze. He found his life partner, Chelsea Ridl in Glencairn and they then moved to Wellington for 2 years. At 36, they most recently moved to Wanaka, New Zealand. His studio is now a modified shipping container that enables his sculpture making and casting process.

​An advocate for the preservation of wild spaces, he is an ambassador artist for the David Shepherd Wildlife Foundation. His works are inspired by those of Dylan Lewis, Nic Bladen, Wim Botha, Arne Quinze and Gábor Miklós Szoke. 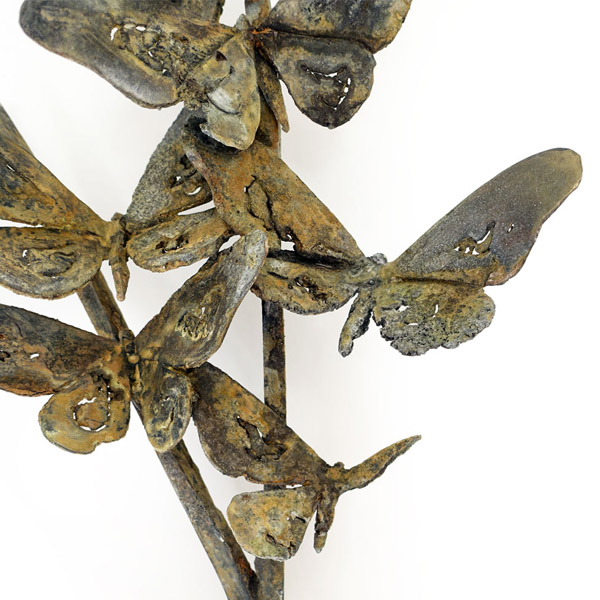