Free as a breeze

No time to waste

Trevor Askin has been sculpting since 1980.  He works from his own studio and foundry in the South Island.

During the first few years of his sculpting career Trevor worked mainly on representational sculpture – a necessary discipline for any artist. However after about five years his work began to develop a more free and flowing style, enabling a fuller expression of life and movement. These works are without hard lines, which give the unique style it’s name ‘curvilinear’.

His ‘curvilinear’ pieces are one-off sculptures, meaning that Trevor does not have a master mould for any of these works, making them widely sought after by collectors.

Trevor does his own casting with certified bronze ingots using the ‘cire perdue’ (lost wax) method. The bronze is extremely durable making Trevor’s sculpture able to be situated in both indoor & outdoor settings. The rich hue and sheen of the material complements the linear form of his work and adds to the sense of movement and fluidity. An example of this can be seen in three birds of ‘Another Sundance’ whose playful, abstract lightness belies the heavy metal they are made of. The artist’s sense of humour is apparent in other pieces such as ‘Can you believe it!’  where two penguins connect in a gossipy waddle together, and this sense of connection is also seen in the graceful forms of two Herons in ‘Clearing Skies’ or the pigeon couple in ‘Partnering’.

Trevor enjoys creating sculptures that are uplifting to the spirit, and finds ways to sublimate the more difficult human emotions such as hurt and despair, through creating caricature, whimsical or abstract sculpture. He is an elected Artist Member of the New Zealand Academy of Fine Arts.

International commissions include nine bronze trophies for the 1995 World Gliding Championships and a bronze centre-piece for the 10th World Rose Convention in 1994. The latter is installed in the Rose Garden at the Mona Vale public gardens in Christchurch.

Trevor was commissioned by the Timaru Beautifying Society to sculpt the ‘Paper-boy’ a life-size bronze, installed in the city in 1997. He was commissioned by The Blacksmith Memorial Committee of Orarai to create a three-quarter life-size bronze sculpture of a blacksmith, installed in January 2006 in recognition of the pioneers of the Orari District. 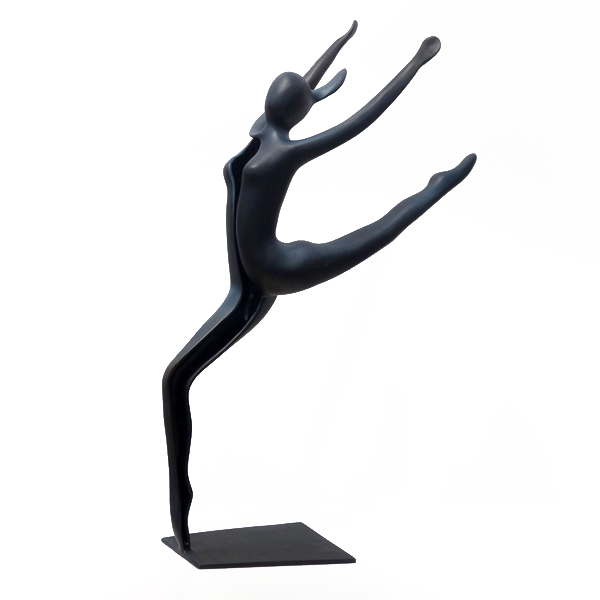 Stay up to date on Trevor Askin news, exhibitions, new works and updates.