Brad Novak is a New Zealand-based urban pop artist whose work sits sharply at the nexus between fine art and street art. Under the moniker ‘New Blood Pop’ he is showing internationally through galleries in the US, Canada, the UK and New Zealand with work in the collection of celebrities such as famed director Quentin Tarantino. As well as his trailblazing art career he is still practicing as a medical doctor and in doing so continues to push boundaries in more ways than one.

Novak’s original paintings on canvas are created through purposeful over-layering of designated masked areas with repeated layers of paint. Novak is a self-taught professional artist, exploring the combination of colour, shape and contrast through a fresh and distinctive style.  His choice of subject, from the culture and landscape of Aotearoa, to animals and more dynamic organic forms, reflects his love of the natural world. Achieving a balanced composition, omission of any obvious light source and high quality finishing are characteristic features of Novak’s unique artwork.

Following in the footsteps of several top New Zealand artists he is now creating limited edition fine art screen prints on archival paper, through collaboration with Auckland based printer Don Tee of ‘Artrite’.

In early 2015 Novak’s debut solo exhibition very likely set a New Zealand record for a first solo show opening by an artist based here, with 500+ people through the event in only 2 hours and over 50 original paintings sold. Then, in late 2015 he became the first New Zealand-born artist in our country’s history to show simultaneously alongside both the legendary pop art megastars including Andy Warhol, Keith Haring, Roy Lichtenstein, and the street art global elite such as Mr. Brainwash, Shepard Fairey (OBEY) and Banksy (Struck Contemporary, Toronto). He followed this up in early 2016 with only his second solo show, and first outside New Zealand, in Toronto to rave reviews alongside a feature on national TV in Canada.

At its heart his work is about how we choose to live our lives, re-learning how to stay in the present moment, and never letting go of our childhood passions and creativity. In the artists own words:

“New Blood Pop is concerned with how we experience life itself, the 21st century issues we face such as inequalities in wealth and health, materialism, sustainability and globalization. I’m also interested in the idea of escapism especially through science fiction and the superhero franchise. Of the things we choose to believe, what’s real, and what’s not? These works are global, flagrant, iconic and ironic.” 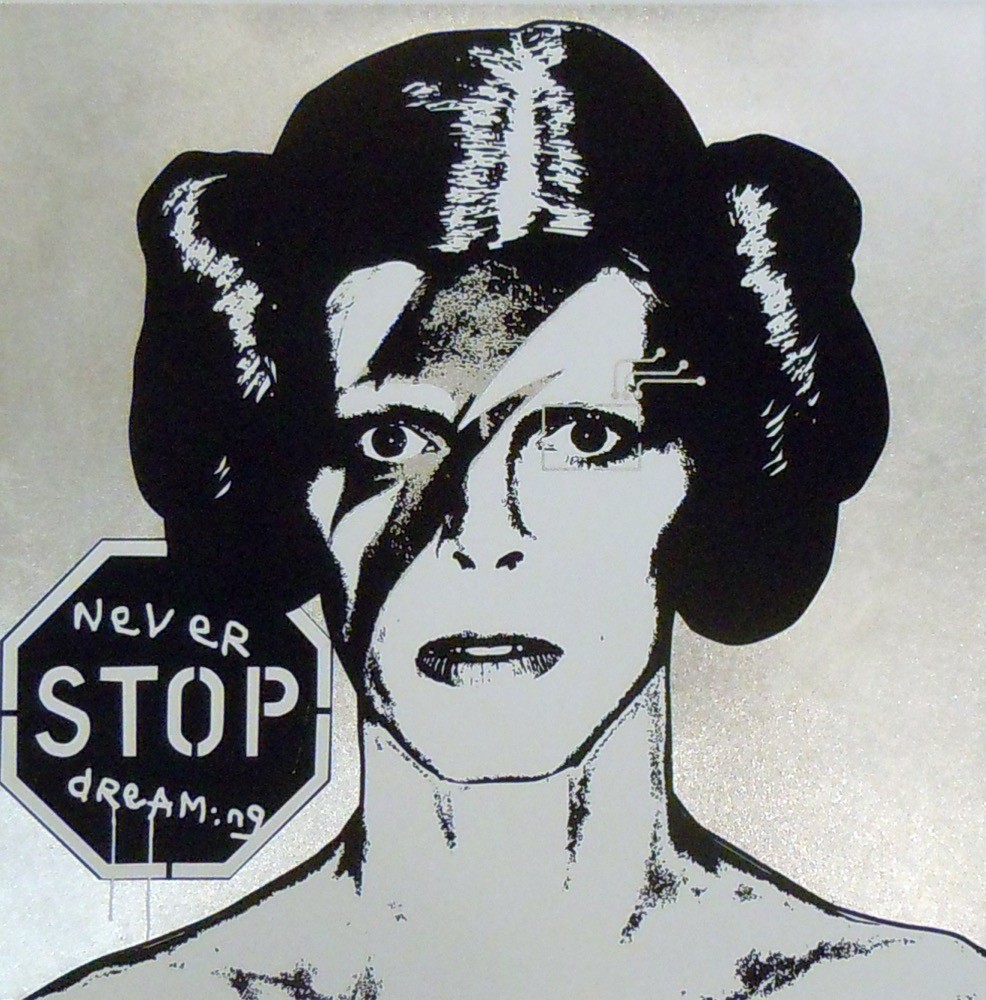 Stay up to date on Brad Novak news, exhibitions, new works and updates.

Visit our gallery store to shop limited edition prints by Brad Novak. Artworks can be purchased online from the store and for orders over $800 shipping is free.