“My work is drawn from all forms found in the natural world, be they human, animal, or landscape. It may be simply a moment in time, or a reinterpretation of form.”- Gerard McCabe

Born in 1957, Gerard McCabe is a self-taught sculptor, predominantly working with bronze cast by the ‘lost wax’ (cire perdue) method.  This is a multi-stage process, beginning with modelling from sketches, to moulds for casting, finishing and fettling work on the cast bronze, and culminating in ‘patination’ (colouring) of the finished piece. All stages, including the casting (foundry work), are carried out by the artist himself. The subjects include naturalistic interpretations of the human form, animal studies, and forms inspired by landscape.

McCabe has work in collections throughout New Zealand, Australia, America, and England, and has been exhibiting for over 30 years. He has also undertaken many private commissions, and is particularly well represented in the field of ‘equestrian’ sculpture. Many of the major racing trophies in New Zealand and Australia, have been sculpted by McCabe.

“My ‘instruction and education’ as a sculptor, I think, started early in my childhood.  I spent a vast amount of time roaming the countryside and seashore, fascinated with the sheer variety of what I saw. When something particularly ‘grabbed my imagination’… the flight of seabird, cut clean against a blue sky, or a dew laden spiders web strung between two blades of grass, I remember wanting to freeze that perfect moment. I began to carry a sketchpad and pencil with me, to somehow give solidity to memory, and would often bring found items home, sketching to give permanence and meaning to the form. But one view never seemed enough to capture the essence of these things, so I began to model those persistent images and objects, and by variance of proportion and texture, and a three-dimensional surface to capture light and shade, the possibilities seemed to expand. What the eye sees, and the hand executes, processed by imagination, to me, is the miracle of sculpture.” – Gerard McCabe 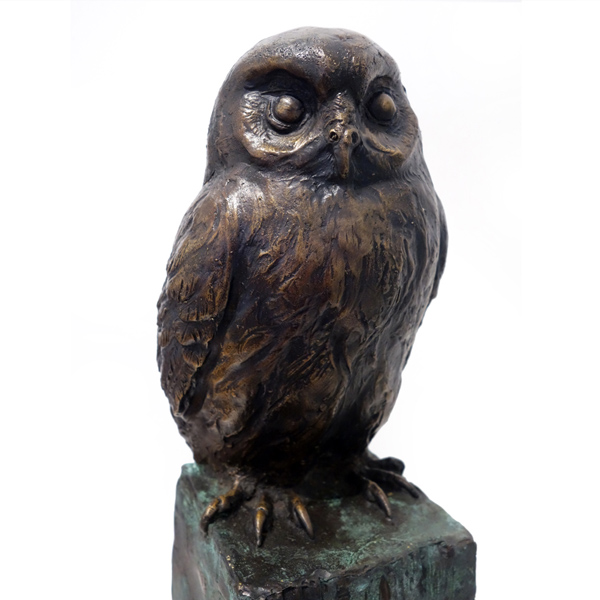 Stay up to date on Gerard McCabe news, exhibitions, new works and updates.