Fade in on Dusk

Born in 1982 in Hawke’s Bay, New Zealand, artist Joe Helmore now lives and works in South Australia. He completed a Bachelor of Visual Art and Design at Massey University, Wellington in 2005 and has exhibited widely in New Zealand and Australia since.

Helmore chooses the figurative animal and the landscape as his subjects.  Working to varying scales, his paintings invite the viewer into his unique vision through semi-abstracted vistas and thoughtful geometric mark making.

Helmore’s animal paintings draw on the consciousness of each creature, “the being inside the beast”, with a strong focus on evocative and emotional connectivity, often achieved through his deft use of ‘the gaze’. The result is an unspoken dialogue between viewer and subject, the known and the unknown.

Working with the landscape, Helmore employs a minimal palette with soft, diffused highlights to capture variations in light and mood. Volume and structure are built and intensified through enhancement and restraint of light and shadow, while bold graphic disruptions result in work that is both abstract and figurative.

Through ‘Inhabitants’, an exhibition of his latest body of work, Helmore continues the dialogue. In Time to Go, the gaze of a wolf directed at the viewer while standing in a contemporary dwelling space in part explores the long-standing symbiotic relationship between dogs and humans, the wolf being an evolutionary ancestor of the domestic canine.

Two horses feature in the exhibition, Dark Horse and Body Reader, both brimming with rich textures that draw the eye toward these majestic and powerful creatures. A relationship between man and beast that has historically been steeped in usefulness for industry has now evolved to that which is more akin to friendship.

‘Inhabitants’ also sees an evolution of media for Helmore. While continuing to work across oil, aerosol, and acrylic paint, the inclusion of three-dimensional figurines within his landscapes emphasises civilization’s stand-out presence on the land. Helmore’s landscapes often feature scenes of historical significance, as seen in Water Cuts Rock in which we see people enjoying the crystal-clear water of a typical Lake Taupo scene, a now placid landscape formed long ago through a violent volcanic eruption.

Scenes of Hawke’s Bay are also featured, a region Helmore has a strong connection to, as evident in Drought Breaker which depicts a drought breaking storm rolling in over dry land, thirsty for replenishment. It’s this understanding of the relationship between man and landscape, the emotional impact the sight of rain on the hills can have for farmers of the region, that offers the viewer further depth to a typically beautiful vista.

Helmore is an established Australasian artist who has been painting full-time since 2015. His works can be found among collections in Australia, Singapore, Hong Kong, and New Zealand.

Joe Helmore has been represented by Parnell Gallery since 2017. 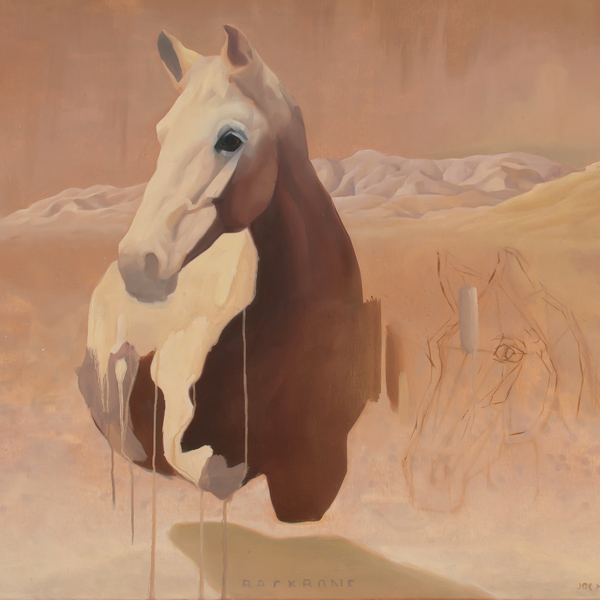 Stay up to date on Joe Helmore news, exhibitions, new works and updates.