Matt Gauldie was born in 1976 in Lower Hutt, New Zealand, the youngest of three children. Like many artists he showed a keen interest in art from a very young age. He completed High School in Hawaii and began to see art as a career after winning a number of prestigious art competitions and receiving some notable portrait commissions. In 1995 Gauldie returned to New Zealand at 18 with enthusiasm to be taught at Elam School of Art and Design by childhood heroes Don Binney and Dick Frizzell. He was also tutored by Damian Skinner, who Gauldie describes as having an infectious passion for NZ art history. “I felt inspired to see the reactions in art to social, political and religious issues over the years. Art movements that have helped a fledging country identify its own unique culture – defining our ‘New Zealandness’”.

In 2005 Matt Gauldie was appointed the prestigious position of Official NZ Army Artist by  then Prime Minister, Rt. Hon Helen Clark. The role has previously been held by Major Ion Brown, Graham Baddock and the esteemed World War II artist Major Peter McIntyre. Gauldie completed basic training for the job, after which he was deployed to the dense forests of the Solomon Islands to start his work alongside NZ soldiers, capturing the missions on canvas. In 2006 he completed a five-week tour of Afghanistan, and was subsequently issued the honorary rank of Captain by the then Chief of Army, Lieutenant General Jerry Mateparae. This role has seen Gauldie travel to the WWI Battlefields in France, ANZAC Cove in Gallipoli and El Alamein, Egypt.

In 2013 Gauldie was commissioned by Hamilton City Council & the TOTI Trust to create a large bronze sculpture of war hero and artist Horace Moore-Jones.  Moore-Jones is renowned for his series of paintings ‘Simpson and his Donkey’ and tragically died in a Hamilton hotel fire while rescuing people trapped inside the building. Gauldie’s 3.5m high statue (at the old hotel site) is mounted on a 7-tonne block of granite gifted from Canakkale, Gallipoli. It depicts Moore-Jones surveying his line of sight on Gallipoli Peninsula where he was stationed in 1915. The sculpture culminates Gauldie’s passion at producing what he knows, physical representations of history, all while bringing the tradition of the NZ army artist into the twenty-first century.

Gauldie paints from experiences in his life with bold brush strokes.  Drawing inspiration from his environment and the people in it; from Shearers in dusty Maniototo sheds, painting Rawhiri’s descendants at Whiria Pa in Hokianga, to nervous Jockey’s preparing to race at Mosgiel’s Wingatui track or NZ soldiers on long range missions high in the mountains of Afghanistan’s Hindu Kush, and the theatrical world of Wellington’s late night Burlesque performers.

The momentum behind Gauldie’s career began in 2000 with his first exhibition in a café on Blair Street in Wellington. Since then he has had over 22 solo shows and many group exhibitions, residencies, fellowships and 9 years as the official New Zealand Army Artist and more recently held the title of the official NZ Defence Force Artist (encompassing the army, navy & air force).

Gauldie has been represented by Parnell Gallery since 2002 and has had continually successful sell out exhibitions with his paintings depicting rural NZ scenes with larger than life characters.  He also skilled in 3D sculptural works in bronze which can be found in both public spaces and private collections, a testament to his ability across both 2D and 3D artforms. 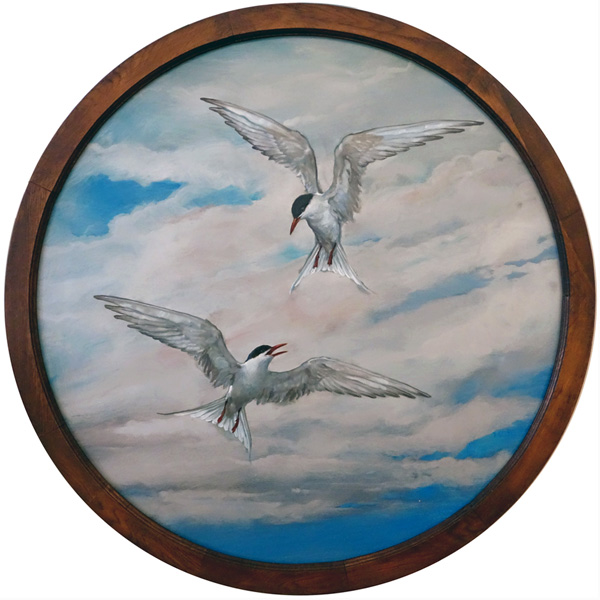 Stay up to date on Matt Gauldie news, exhibitions, new works and updates.

Visit our gallery store to shop limited edition prints by Matt Gauldie. Artworks can be purchased online from the store and for orders over $800 shipping is free.