Born in Auckland in 1947, Russell Jackson studied Art History and Anthropology at the University of Auckland and Graphic Design at the Auckland Institute of Technology. Jackson lives in Auckland and is recognized as a senior figure in the art community.  He has been a full time painter for over thirty years.

Described by Peter Webb of Art New Zealand as ‘the most important naturalist painter residing in New Zealand’, Jackson’s work sells all over the world and he has exhibited in England, the United States, Australia and Africa. He is an accomplished draftsman with a keen eye for detail, particularly evident in his paintings of the natural landscape and birds.  Jackson is the author of ‘Wildlife New Zealand – An Artists impression’ published in 1984 and reprinted in 1989.

Jackson is also well known for his limited edition etchings –  from his little ‘Bird Series’ to his larger works depicting landscapes and birdlife.

Artist comment – Landscapes: “I’m showing, with pleasure, things left in the natural world. I’m being affirmative, rather than revolutionary.” 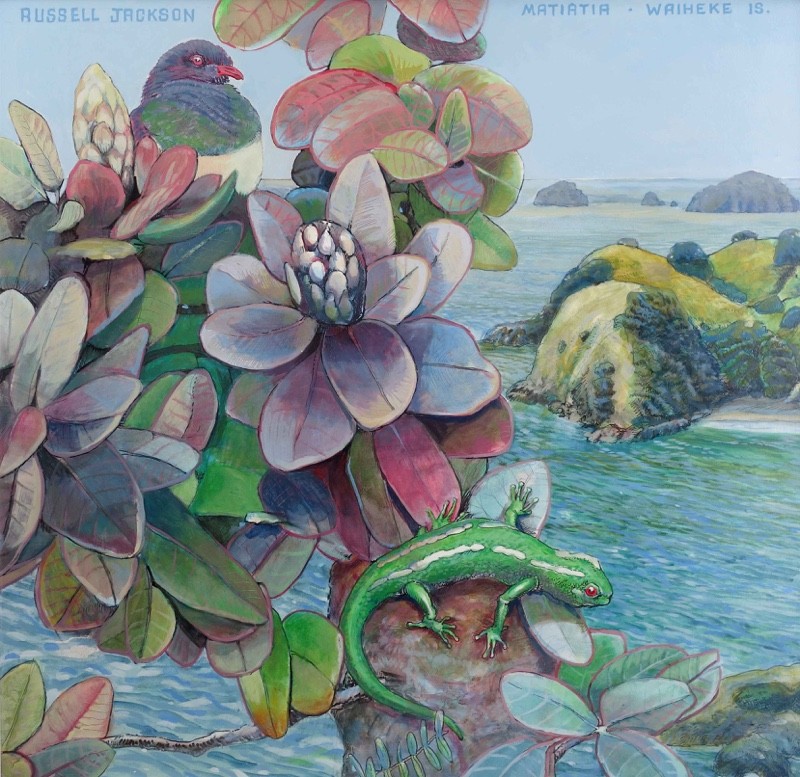 Stay up to date on Russell Jackson news, exhibitions, new works and updates.

Visit our gallery store to shop limited edition prints by Russell Jackson. Artworks can be purchased online from the store and for orders over $800 shipping is free.