Dancing Light in the Forest Series No 1

Dancing Light on the Tree Island

Club House in the Park

Light Falling on the Red Forest

Morning Light on the Custom House

Working diversely within a broader abstract methodology, Stephen Howard’s nonrepresentational compositions of landscapes are paired with a precise handling of colour, light, and fine detail, imbuing his paintings with a colliding sense of tension and expression. His sensitive understanding of a vibrant palette in oils creates a luminosity that emphasises his true subjects – light and movement.

In his Moving Light series, light is given corporeal agency and features of a landscape such as trees are subjected to its force, appearing as though they have been stirred and bent by a strong wind. The light chooses its subject and bends its will effortlessly, just as the artist does. The surrounding landscape remains still and waiting. This poetic dichotomy of movement and stillness presses on a sense of captured growth and time, further emphasizing metaphoric abstraction.

In other works, such as his Colourfield paintings, Howard observes and then instinctively extracts colours of the landscape and reorganises the varying hues into orderly fragments, often taking linear and geometric form. This action – the reduction and organisation of colour and form, offers both an abstract and minimalist view of the natural environment, laying bare the complexity of our visual relationship with the physical world.

Howard has been exhibiting in solo and group exhibitions in Christchurch, Wellington, and Auckland since 1978. 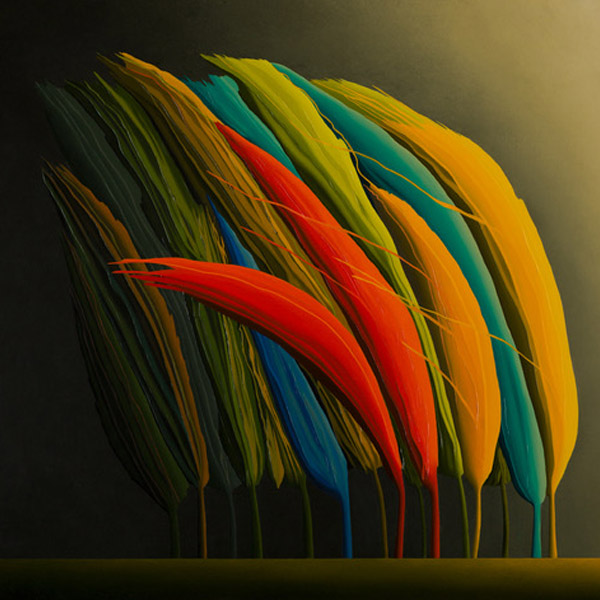 Stay up to date on Stephen Howard news, exhibitions, new works and updates.